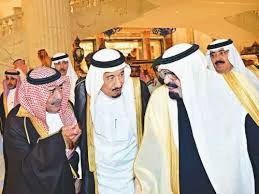 At this time we remember its massive achievements in growth and development which are a result of the strategies that have been implemented since the rule of its founder King Abdulaziz Al Saud until today under the rule of the Custodian of the Two Holy Mosques His Majesty King Abdullah ibn Abdulaziz.
These great social, political, and economic achievements can be seen in the prosperous state we live in and in the bright future ahead – God willing. The Kingdom of Saudi Arabia has become one of the central factors in global economic security. It is also a member of the G20 group of major economies, and a country which has one of the fastest and most stable economic growth patterns.
One of the greatest areas of achievement in the Kingdom is in the area of education: this can be seen in the huge scholarship program that enables students to study abroad. This program was founded by His Majesty King Abdullah, and its fruits will produce a huge positive advancement in Saudi society. The number of Saudi government run universities has also now increased to 25, which have been provided with the best academic and material support to perform at the highest levels.
A great example of this is the King Abdullah University of Science and Technology (KAUST) which is without doubt a starting point in the leadership of the Kingdom in modern sciences on an Arab and regional level. Princess Nora bint Abdulrahman University (PNU) is also one of the greatest achievements, being the largest women’s university in the world.
It is important to praise the shining example of the political status of the Kingdom: it has a special place in the international community which can be seen in its support for international establishments specialized in fighting crime in all its different forms.
From these establishments is the International Centre for Counter Terrorism: the Kingdom of Saudi Arabia was the first to call for its establishment in the International Counter-Terrorism Conference held in Riyadh in 2005 – at which 10 million dollars was donated by the Kingdom to start the project. His Majesty King Abdullah recently donated a further 100 million dollars to the center as part of the Kingdom’s efforts in actualizing international peace and security and in having a shining record of generosity and achievement in counter-terrorism work.
This is in addition to the Kingdom’s establishment of many world centers such as the King Abdullah Bin Abdulaziz International Center for the Arabic Language, the King Abdullah International Medical Research Center, and the King Abdullah Bin Abdulaziz International Centre for Interreligious and Intercultural Dialogue (KIACIID). This is part of spreading the culture of dialogue between Muslims, and between Muslims and non-Muslims, both regionally and internationally which is distinctive of the Saudi direction in society.
The Kingdom supports security in its most general sense – in all areas of life – both regionally and internationally through Naif Arab University for Security Sciences which was the creation of the late 'Prince of Security' His Royal Highness Prince Naif ibn Abdul Aziz. The University receives unlimited support in all areas from the Saudi government and in particular from His Royal Highness, Prince Mohammed ibn Naif ibn Abdul Aziz, Minister of Interior and Chairman of the Supreme Council at Naif Arab University for Security Sciences and the Honorary President of the Council of Arab Interior Ministers.
Indeed the balanced foreign policies of the Saudi government and its efforts in maintaining peace and security in the Gulf and the Middle East, and its effort in solving regional conflicts and helping people affected by disasters, has affirmed its central and important role on the political map.
The humanitarian efforts of the Kingdom must not be forgotten: it is the number one donator to humanitarian causes in the Arab world and the seventeenth worldwide which has given it worldwide appreciation. The great achievements of the Kingdom are from the grace of God upon us and then due to the wise leadership of the Custodian of the Two Holy Mosques His Majesty King Abdullah ibn Abdulaziz.
I ask God to protect our country and its people at this happy time in which they are expressing their love and allegiance to this homeland that has actualized peace and security for its citizens in a world that is suffering from conflict and tribulation.

Site is Related to World Affairs, News and Politics