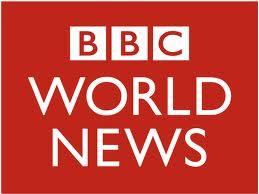 The British Broadcasting Corporation (BBC)  is a British public service broadcasting statutory corporation.[2] Its main responsibility is to provide impartial public service broadcasting in the United Kingdom, the Channel Islands, and the Isle of Man. The BBC is headquartered at Broadcasting House in London and has major production centres in Salford Quays, Belfast, Birmingham, Bristol, Cardiff and Glasgow, and smaller production centres throughout the UK. The BBC is the world's oldest national broadcasting organisation[3] and the largest broadcaster in the world by number of employees, with about 23,000 staff.[4][5][6]
The BBC is a semi-autonomous public service broadcaster[7] that operates under a Royal Charter[8] and a Licence and Agreement from the Home Secretary.[9] Within the United Kingdom its work is funded principally by an annual television licence fee,[10] which is charged to all British households, companies and organisations using any type of equipment to receive live television broadcasts;[11] the level of the fee is set annually by the British Government and agreed by Parliament.[12]Outside the UK, the BBC World Service has provided services by direct broadcasting and re-transmission contracts by sound radio since the inauguration of the BBC Empire Service on 19 December 1932, and more recently by television and online. Though sharing some of the facilities of the domestic services, particularly for news and current affairs output, the World Service has a separate Managing Director, and its operating costs have historically been funded mainly by direct grants from the British government. These grants were determined independently of the domestic licence fee and were usually awarded from the budget of the Foreign and Commonwealth Office. As such, the BBC's international content has traditionally represented – at least in part – an effective foreign policy tool of the British Government. The recent BBC World Service spending review has announced plans for the funding for the world service to be drawn from the domestic licence fee.
The Corporation's guaranteed income from the licence fee and the World Service grants are supplemented by profits from commercial operations through a wholly owned subsidiary, BBC Worldwide Ltd. The company's activities include programme- and format-sales. The BBC also earns additional income from selling certain programme-making services through BBC Studios and Post Production Ltd., formerly BBC Resources Ltd, another wholly owned trading subsidiary of the corporation. Most of the BBC's magazine and book publishing activities were sold in 2011.[13] The BBC is sometimes referred to by other British media as "Auntie" or "the Beeb".

The Corporation is headed by Executive Board, which has overall control of the management and running on the BBC. Below this is the BBC Management board, which deals with inter departmental issues and any other tasks which the Executive board has delegated to it. Below the BBC Management board are the following six major divisions covering all the BBC's output:[57]
All aspects of the BBC fall into one or more of the above departments, with the following exceptions:

See also: Television licence and Television licensing in the United Kingdom
The principal means of funding the BBC is through the television licence, costing £145.50 per year per household since April 2010. Such a licence is required to receive broadcast television across Britain, however no licence is required to own a television used for other means, or for sound only radio sets (though a separate licence for these was also required for non-TV households until 1971). The cost of a television licence is set by the government and enforced by the criminal law. A discount is available for households with only black-and-white television sets. A 50% discount is also offered to registered blind.[63] As a result of the UK Government's recent spending review, an agreement has been reached between the government and the corporation in which the current licence fee will remain frozen at the current level until the Royal Charter is renewed at the beginning of 2017.[64]
The revenue is collected privately and is paid into the central government Consolidated Fund, a process defined in the Communications Act 2003. The BBC pursues its licence fee collection and enforcement under the trading name "TV Licensing". TV Licensing collection is currently carried out by Capita, an outside agency. Funds are then allocated by the Department of Culture, Media and Sport (DCMS) and the Treasury and approved by Parliament via legislation. Additional revenues are paid by the Department for Work and Pensions to compensate for subsidised licences for eligible over-75-year-olds.
Since the licence fee is classified as a tax,[65] it follows that evasion is a criminal offence. Since 1991, collection and enforcement of the licence fee has been the responsibility of the BBC in its role as TV Licensing Authority.[66] Thus, the BBC is a major prosecuting authority in England and Wales and an investigating authority in the UK as a whole. The BBC carries out surveillance (mostly using its subcontractors) on properties (under the auspices of the Regulation of Investigatory Powers Act 2000) and may conduct searches of a property using a search warrant.[67] For example, according to TV Licensing, "more than 204,000 people in the UK were caught watching TV without a licence during the first six months of 2012".[68] Licence fee evasion makes up around one tenth of all cases prosecuted in magistrate courts.[69]Income from commercial enterprises and from overseas sales of its catalogue of programmes has substantially increased over recent years,[70] with BBC Worldwide contributing some £145 million to the BBC's core public service business. According to the BBC's 2012/13 Annual Report its total income was £5,102.3 million,[71] which can be broken down as follows:
The licence fee has, however, attracted criticism. It has been argued that in an age of multi stream, multi-channel availability, an obligation to pay a licence fee is no longer appropriate. The BBC's use of private sector company Capita Group to send letters to premises not paying the licence fee has been criticised, especially as there have been cases where such letters have been sent to premises which are up to date with their payments, or do not require a TV licence.[72]
The BBC uses an advertising campaign to inform customers of the requirement to pay the licence fee. These letters and adverts have been criticised by Conservative MPs Boris Johnson and Ann Widdecombe, for having a threatening nature and language used to scare evaders into paying.[73][74] Audio clips and television broadcasts are used to inform listeners of the BBC's comprehensive database.[75] There are a number of pressure groups campaigning on the issue of the licence fee.[76]
The majority of the BBC's commercial output comes from its commercial arm BBC Worldwide who sell programmes abroad and exploit key brands for merchandise. Of their 2012/13 sales, 27% were centred on the five key 'superbrands' of Doctor Who, Top Gear, Strictly Come Dancing (known as Dancing with the Stars internationally), the BBC's archive of natural history programming (collected under the umbrella of BBC Earth) and the, now sold, travel guide brand Lonely Planet.[77]

Site is Related to World Affairs, News and Politics